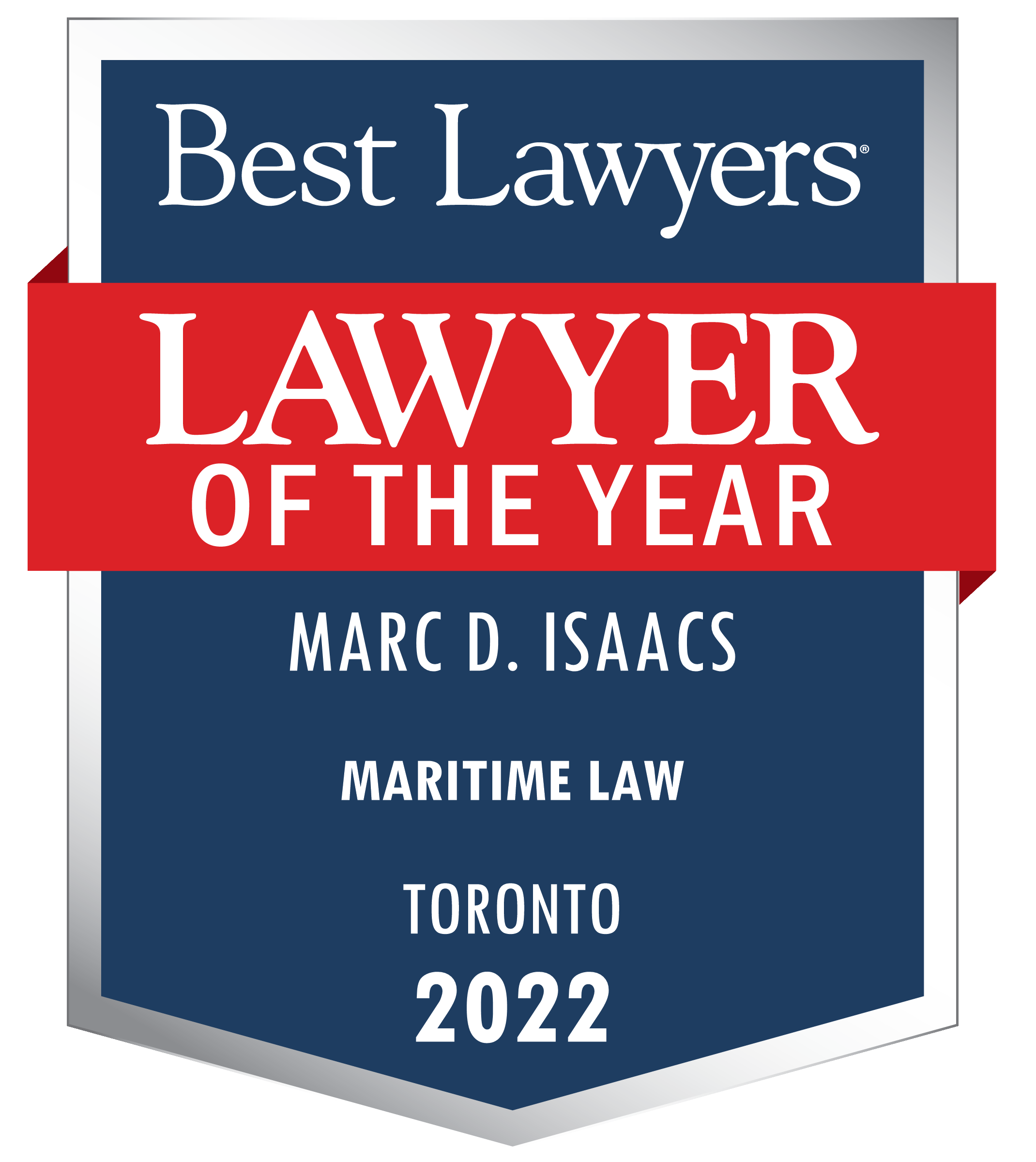 Marc Isaacs is one of Canada’s leading Admiralty, Maritime, Transportation and Insurance lawyers.  Over the last 24 years, Marc has had a varied litigation practice, with a special emphasis on insurance and transportation related cases.

Following his law school graduation and several years in practice, in 2001 Marc was awarded the Stiles Graduate Fellowship from the Admiralty Law Institute at Tulane University School of Law to pursue graduate studies in Maritime Law.  In 2002 Marc received his Master of Laws (LL.M.) in Admiralty (with distinction) from Tulane University School of Law and the Edward A. Dodd Jr. Award as the outstanding candidate in the graduate Admiralty Law programme. In addition, Marc was a member of the editorial board for the Tulane Maritime Law Journal.

Marc returned to Toronto and joined the predecessor to Isaacs Odinocki LLP in 2003, and became a partner in 2006. Marc primarily practices Maritime, Transportation and Insurance Law, although he frequently handles other civil and commercial litigation matters. Often, Marc receives referrals from other lawyers to assist in handling transportation and insurance related cases and appeals.

Marc has been involved in a number of precedent setting maritime law cases including cases defining the scope of Canada’s Admiralty jurisdiction, the effect of forum selection clauses in bills of lading under Canada’s Marine Liability Act, the interpretation of “freight pre-paid” on shipping documents, maritime liens and limitation of liability.  Marc has responded to client’s legal emergencies for the arrest or release of ships, the freeing of detained cargo and similar injunctions. Outside the courtroom, Marc’s experience includes being involved in the immediate on-scene response to ship casualties including crew injuries, oil spills, dock strikings and ship-board fires.

In addition to his maritime practice, Marc has an extensive background in all types of insurance related cases from complex product liability matters to professional errors and omissions claims to personal injury incidents. Marc has been retained to handle a number of complex insurance coverage disputes and has had a number of precedent setting cases.  Marc has conducted several trials and appeals and appears in the Ontario Superior Court, the Ontario Court of Appeal, the Federal Court of Canada and the Federal Court of Appeal regularly.

Since 2009, Marc has been included in the peer reviewed publication Best Lawyers in Canada for maritime law.  In addition, Marc has been named in the International Who’s Who of Maritime and Shipping Lawyers, and Canadian Lawyer Magazine has named Isaacs & Co. one of Canada’s top Maritime law boutique firms. Some of the other awards Marc and his firm have received include:

Outside of his legal practice Marc is an avid Advanced SCUBA diver, having dived throughout the Caribbean, Florida, Hawaii and Micronesia.  True to form, Marc’s favourite dives are on sunken wrecks.  Marc lives in Toronto with his wife, Elizabeth.